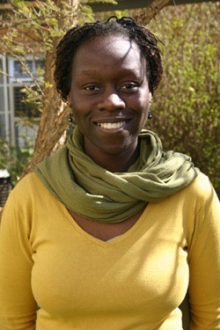 The patient presented one week after she underwent spontaneous vaginal delivery; the symptoms thus having begun 4 weeks prior to term delivery.

On further interrogation, there was positive family history of sudden “unexplained” death and this patient was neither a smoker nor did she consume alcohol.

Clinical examination revealed bilateral pitting pre-tibial oedema, and jugulo-venous pressure raised by up to 3cm. The pulse rate was 92 per minute, irregular, weak, and blood pressure 97/72mmHg. On palpation the apex beat was displaced laterally, and the abdominal exam proved there to be tender hepatomegaly. On cardiac auscultation positive findings include a loud split second heart sound, and loud systolic murmur best heard over mitral and tricuspid areas. The arrhythmia was suspected to be one of ventricular extrasystoles. Chest auscultation proved there to be bilateral basal crepitations,

Treatment was initiated using Carvedilol, Enalapril, Aldactone, Slow K, and Lasix therapy, and the symptoms subsided within a week. Management and follow-up of the patient continue.The patient was booked for a spiral CT scan, and further tests permitted the exclusion of other commom causes of dilated cardiomyopathy, as well as important differential diagnoses. The workimg diagnosis remained that of peripartum cardiomyopathy.